The Wee Windaes website has been developed in partnership between the National Library of Scotland and Creative Scotland aiming to raise awareness of the history, richness and cultural significance of Scots from its use as the language of the state in the Middle Ages to its appearance in 20th century novels and poetry. CLICK HERE – Wee Windaes […]

To top off a week of Scots Language themed resources, Education Scotland have produced a grid which houses links that can be used to support the teaching of Scots across the curriculum. Click the image above to download the grid.

Education Scotland have produced a grid which houses links that can be used to support the teaching of Scots across the curriculum. Click the image above to download the grid.

Another resource to support the teaching of Scots in the classroom – Burns’ Night looming is the perfect stimulus. CLICK HERE – Oor Wullie Guide to Scots Language

Last week we met with Simon Hall – one of four Scots Language co-ordinators at Education Scotland whose remit covers Highland Council. He wrote the following piece about his time in Highland schools: “A trip across the Pentland Firth to Caithness is always an exciting prospect, and it was really great to be in the […]

A FABULOUS new Scots Language resource has been released. Scots Hoose is jam-packed with resources to support the teaching of Scots in the curriculum. CLICK HERE – Scots Hoose They’ve even got their very own Scots language magazine – SKOOSH! – that learners can contribute to; a great way to encompass purpose and audience into writing. There are […]

Feeling creative? If so, the National Trust of Scotland are looking for writers of all ages to send them their short stories or poems in response to one of four iamges. You’re welcome to use the historical context of each image as further inspiration, or to ignore it completely and create something based purely on […]

Last week Caol Primary School won the ‘School and Community Partnership Reading Journey’ award at the First Minister’s Reading Challenge award ceremony. The young people and staff at Caol have shared how they’ve developed ‘Reading is so Caol’ in their community. This year we have had the pleasure of taking part in the First Minister’s […]

In the Year of History, Heritage and Archaeology 2017, we celebrate the richness of Scotland’s intriguing history, impressive cultural heritage and fascinating archaeology at exciting experiences and events. To celebrate, Education Scotland have launched a Creative Writing competition at the Scottish Learning Festival on 20 September. Learners of any and all ages are invited to […] 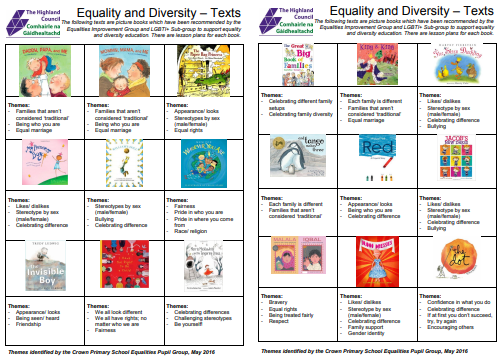 The Highland Literacy blog claims no credit for any images posted on this site unless otherwise noted. Images on this blog are copyright to their respectful owners. If there is an image appearing on this blog that belongs to you, and you do not wish for it appear on this site, please E-mail us with the link to the image, and it will be removed.